The camera I had been using was a Canon Powershot S30… a PHD (Push Here, Dummy).  It had a few problems…

It had been a decent camera for 7 years now, so I didn’t mind replacing it other than the $$$ factor.  (But when IS a good time to shell out unexpected $$$?)

After some research, I decided on the Canon EOS Rebel XSi.  It looks to be a pretty solid camera, with the ability to both take pictures of turnings as well as catch the child playing.  (The Powershot was difficult for fast motion due to the slow shoot time.)  Hopefully the quality of my pictures will improve.  The detail that this device can capture is pretty amazing.  For example, note the following picture of the tru-stone pen I made recently. 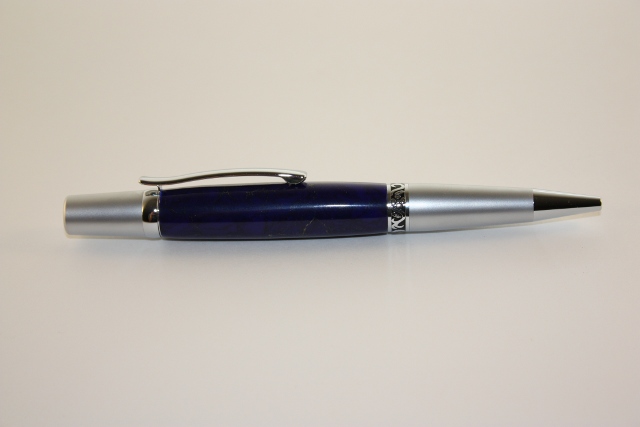 This image was originally 4272×2848 resolution that I had to reduce for the website.  Clipping from the original, you can see the level of detail…

Note that you can tell that I’m wearing a wedding ring in the reflection of the top of the pen… Wow!